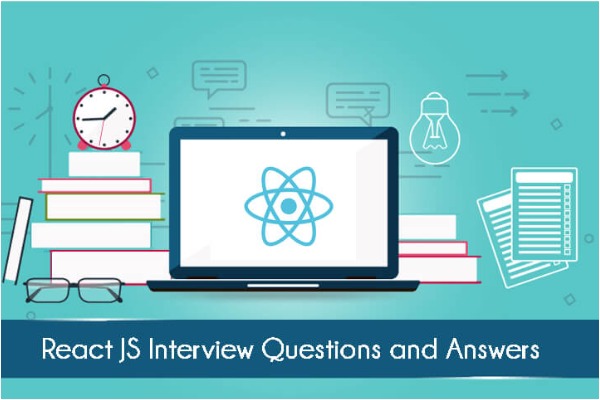 ReactJS is a Javascript library developed by Facebook in 2011. It’s open source and is used for developing single page web and mobile applications. It’s documentation is available on the website https://reactjs.org. It’s component driven i.e. you can create components using React which are reusable. It’s main advantage is that it’s fast and reliable and well suited to build scalable web applications.

Highlight some advantages of ReactJS ?

What are props and state in React ?

Props is shorthand for properties which contain attributes of a component (data and/or functions) and are passed from parent to child components. A state is snapshot of the datastore of the react application. It is used to update the component when some event like, timer, API call, user generated input, occurs.

What are refs in React ?

What are the key differences between react and angular ?

What are the important lifecycle methods in react ?

What are higher order components in react ?

Higher order components or HOC is a way of reusing component logic in react. HOC components accept a component and return another component as output. They can accept any dynamically provided child component but they won’t modify or copy any behavior from their input components. You can say that HOC are ‘pure’ components.

What pure components in react ?

Pure components are the simplest and fastest components which can be written. They can replace any component which only has a render(). These components enhance the simplicity of the code and performance of the application.

Redux is one of the hottest libraries for front-end development in today’s marketplace. It is a predictable state container for JavaScript applications and is used for the entire applications state management. Applications developed with Redux are easy to test and can run in different environments showing consistent behavior.

What are the components of redux?